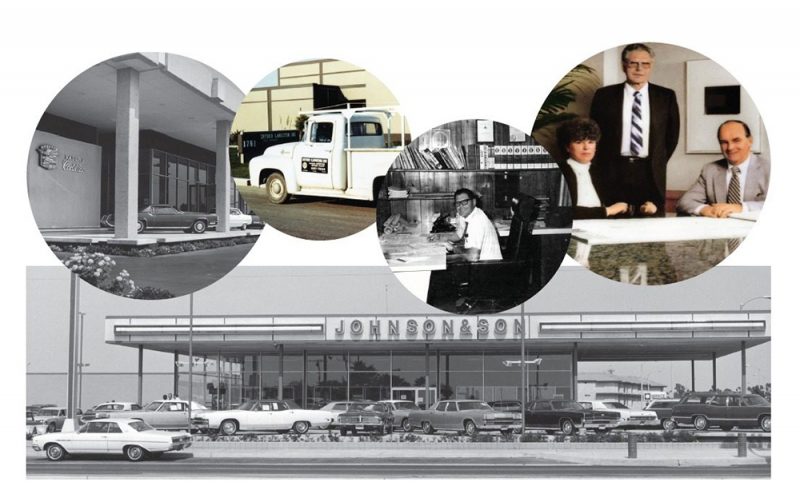 It was 1959. Gas was 35 cents a gallon and office rent in Costa Mesa was $90 per month. Orange County’s namesake orange groves dominated the landscape when Don Snyder and Bill Langston joined forces to form what is now Snyder Langston.

With Don managing building processes and Bill focusing on sales and client relationships, the team offered design-build services for auto dealerships, building more than 100 dealerships in their first decade in business. Naber’s Cadillac on Harbor Boulevard was completed for just over $666,000 (cost plus 10% including supervision and management.) Bill’s vision to develop a long-term clientele by offering preconstruction services in addition to construction services was yielding results!

Thanks to the early leadership of Don Snyder and Bill Langston, Snyder Langston has grown from primarily an auto dealership builder to the company’s current role as a Trusted Advisor and Master Builder. Snyder Langston’s growth is due to what can only be explained as a powerful drive to succeed and a focused, client-centered approach to project delivery.

Building on their success in the auto sector, Snyder Langston began to expand their assignments to include a variety of projects in the industrial category. By 1974, the firm had teamed-up with architect partners Leason Pomeroy and Associates (LPA) and Ware Malcomb on several projects and was working on multiple buildings in the Irvine Industrial Complex, primarily for the Irvine Company. Snyder Langston continues great relationships with all three firms five decades later!

How did Snyder Langston achieve this impressive growth in its first 15 years? Gayle Jones – who was brought on board in 1961 to support Don and Bill in office services and contract administration, and was later named partner – believes the success of the firm is primarily due to the team’s strong roots, client relationships and ability to adapt.

“From the beginning, Bill and Don were completely focused on the client and this set the standard for the entire team,” Gayle says. “Snyder Langston was, and continues to be, the whole package.”